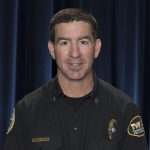 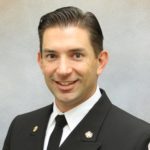 Chief Horton came to the Rogue Valley in the summer of 2017 after serving nearly seventeen years with Las Vegas Fire & Rescue, rising to the rank of Assistant Fire Chief. A native of Las Vegas, Bob joined the fire service in the fall of 2000 and served as a Firefighter, Firefighter/Paramedic, Captain and Assistant Fire Chief. His leadership and direction led to advancements in EMS service delivery, improved operations in the 911 call center, as well as numerous employee health and wellness programs for LVFR and the Southern Nevada community. Bob holds both a Bachelor’s and Master’s degree in Public Administration, is a Certified Public Manager, and has been recognized by the Center for Public Safety Excellence with both the Chief Fire Officer and Chief EMS Officer designations. In his spare time, Bob and his wife Jennie, like to hike, obstacle race, golf, and relax by taking in the local music scene. 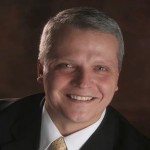 Jeff Johnson is the Chief Executive Officer (CEO) for the Western Fire Chiefs Association, Past President of the International Association of Fire Chiefs and retired as Fire Chief and Chief Executive Officer of Oregon’s Tualatin Valley Fire & Rescue (TVF&R) following a 32 year fire service career. Chief Johnson served as TVF&R’s chief executive for over 15 years during which time the organization became recognized as one of the nation’s premier fire and rescue service providers.

Jeff is nationally known as an innovator and ambassador for excellence through customer service. Additionally, he advocates for cooperative initiatives and other business practices that achieve efficiencies and demonstrate smart government while maximizing the value of services provided to the citizens’. He has authored two fire service books and is a featured guest lecturer across the nation. In August 2009, Chief Johnson was installed as the President and Chairman of the Board of Directors of the International Association of Fire Chiefs (IAFC). He also holds membership in the Metropolitan Fire Chiefs Association and various IAFC Sections. He is the IAFC’s alternate representative to the SAFECOM Executive Committee and a member of the USA Delegation to the Comité Technique International De Prevention Et D’Extinction Du Feu (CTIF), also known as the International Association of Fire and Rescue Services.

In the corporate environment, Jeff sits as Chairman of the Board of two private companies, specifically as a member of the Informed Publishing, Inc. Board and Emergency Services Consulting International (ESCi) Board. He also is on the Editorial Board of FireRescue Magazine.

Chief Johnson holds a Bachelor of Science Degree in Business and Associate Degrees in Fire Science and Criminal Justice Administration. During his leisure time, Jeff enjoys spending time with his wife, Kay, and their two children. As an avid outdoorsman and student of Oregon history, Jeff enjoys camping, fishing, and motorcycling in Oregon’s back country